skip to main | skip to sidebar

The battle of body mass

For long I've dreamt of having a ripped body of the likes of Ryan Gosling in Crazy Stupid love. But the journey of this pursuit has been nothing less than a roller coaster. 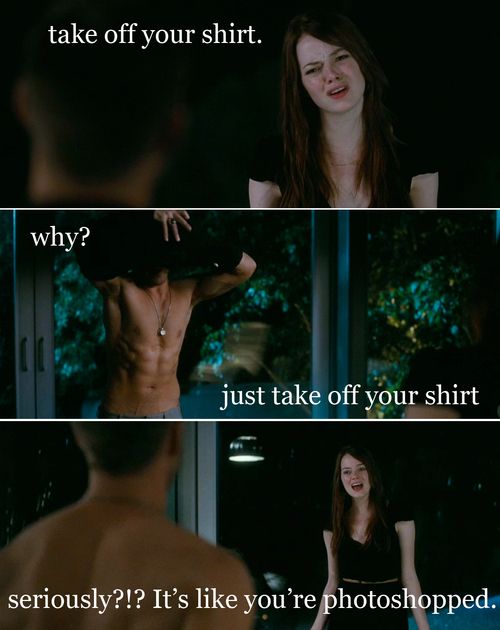 At first, after my preliminary research, I realised that I had to lose body fat so that the abs show up. After further research I found out that the best diet to lose fat is the Ketogenic Diet. Now, I'm fairly rigorous about seeing the things that I set my goal on. So I stuck that diet for close to 6 months and went from 140 pounds to 115 pounds. I was pretty damn happy with the fat loss I had achieved.

Now, although my body fat was close to 10%, the end result was nowhere close to what I had hoped for. I was now just a skinny dude who looked worse than before. I thought going to the gym and consuming enough protein was all I needed to do. But apparently not.

I was convinced that I wasn't doing something right in the gym. So phase 2 of this project was that I decided to hire a personal trainer in the gym who looked better than Ryan Gosling above. I trained 3 days a week and was now sure that I was getting it right at the gym. However in terms of diet he wasn't able to give me any input as I was a vegetarian and the diet he followed primarily involved ground beef. He wasn't really a nutritionist and all his diet knowledge was experiments that he tried on himself, as to what worked and what did not. So besides telling me that I needed to match my body weight of protein, he didn't have much to offer.

After training for over a month, this trainer had to leave the city for personal reasons and I shifted to a different trainer. Fortunately my next trainer also happened to be a nutritionist. He religiously tracks the food I eat everyday and counts calories and protein on a day to day basis. To my surprise I realised a huge flaw in my diet. Although I was consuming matching my protein intake to my body weight, I wasn't able to hit more than 1400 calories per day.

As per his computation my Mendoza line (metabolism rate) was 1800 calories and to gain weight I had to have surplus of carbs. He suggested I hit 2300 calories at my current body weight.

Until this point, I just assumed that my body would use the fat I had, if it needed more calories but I realise now that it is far f rom reality. Your body just won't add any muscle if it doesn't have a caloric surplus. Having done a very strict caloric deficit diet in my phase 1, having to go surplus now just feels wrong.

But most research I read, point at the fact that the most optimal way of muscle gain is to go surplus in calories. In the process you will add some fat but that is something you can't get away from. I suppose, in the next phase I can focus on cutting the added extra fat. With diets like the ketogenic diet by my side, I no longer deem that phase a challenge.

So in effect, the pursuit of my goal involves me regaining some of that fat that I so vehemently lost. Trying to go about this in any other way is highly sub-optimal.

Posted by The Awesome Guy at 7:14 PM No comments:

What if humanity stopped reproduction ?

I think all our world problems including poverty, global warming, terrorism and wars will come to an end if humans stopped reproduction. As cute as babies are they are the root cause of tomorrow's continued world problems and if could only make up our minds to stop making babies we could bring all this to a peaceful end.

Although that's a fair point, we humans are smart enough to figure out a plan to gracefully exit the planet by preemptively allocating resources to the aging population.

Besides human extinction is inevitable. It might be global warming, the sun's surface temperature rise or the Andromeda galaxy collision in the increasing order of time-line. And all assuming we don't kill each other with nukes before that.
What this means is that at some point we need to prepare ourselves for the exit plan. And when such a time comes, it will be at the Universe's will and not likely in our terms. So why not do it now when we have ample time and resources ?

This is the one time when humans can live peacefully in this planet during their time and exit gracefully.

Should stupids be allowed to vote ?

First off, this isn't meant to offend anyone and is serious consideration of betterment of democracy. And I'm not the first one to doubt democracy in it's current state. Many famous personalities including Winston Churchill and American stand-up comedian George Carlin have shared similar views. 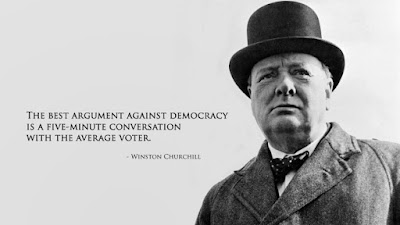 So what if we had a system where only the educated and smart folks are allowed to vote? Consider this an improved version of democracy.

When NASA designs a space shuttle, they don't take a vote of all employees to vote on which design features suits best or which fuel works best. They let the experts do it. Someone who's educated and knows what's best for the space shuttle. Democracy in such cases is pointless because clearly, some people's expert opinion is far more valuable than the others.

So why is it more optimal to let the entire nation decide on who's best to run the country which has stakes far more than that of a space shuttle. Clearly, most people aren't educated or smart enough about the various policies that politicians propose and it's repercussions to making a sane decision.